See a Map of the River >

They DO call it Desolation Canyon for nothing. This stretch of the Green River is the most remote and inaccessible canyon that we raft through. But it is hardly empty. There are Native American petroglyphs, abandoned old-west homesteads, and the ghosts of Butch Cassidy and his Hole-In-The-Wall gang who hid out in the canyon’s intricate landscape. There are clear creeks, shady glens, and glorious, sand beaches where we will camp, unwind, and marvel at the scenery. There are eagles, bighorn sheep, and elusive beavers as well as a fascinating variety of hardy desert plants. And there are rapids! Our rafting trips on the Green River feature lots of fun, splashy Class II and III rapids, perfect for learning how to paddle an inflatable kayak or a stand-up paddleboard. Our Green River rafting trips also feature lots of hiking, exploring, and the priceless gift of uninterrupted time with family and friends. If you want to get away from it all, you should take a rafting trip down the Green River. If you want to spend a week with your young kids and not worry about anything except putting on sunscreen, you should take them rafting through Desolation Canyon. If you want to hang out with your family and friends, and swim and laugh and immerse yourself in life on the river and not be distracted by anything except the gentle reflection of the setting sun on a sandstone cliff, well, you know what you should do. More about the Green River and Desolation Canyon

The Green River starts its journey on the slopes of 13,800 foot Gannett Peak, the highest point in Wyoming and travels almost due south for nearly 700 miles before joining the Colorado River in Canyonlands National Park. The waterway is remote and vast, traversing some of the least inhabited country in the west.

Our journey takes us 84 miles through one of the most isolated stretches. Desolation and Gray canyons are rugged, austere, and starkly beautiful. Wide sweeping bends in the river form majestic amphitheaters which clearly display the rugged, dramatic cliffs of the neighboring Tavaputs Plateau. Complimenting the starkness is a sublime and colorful beauty waiting to be discovered. Long, thin ridges of red and orange, talus slopes dotted with evergreen juniper and pinyon pines, and the white and gray cliffs provide a colorful and ever-changing palette for discerning eyes.
Equally colorful is the history of the area. This is a region overflowing with tales of Native Americans, Old West ranchers, and infamous outlaws. Petroglyphs and clay figurines, abandoned homesteads, and the ghosts of Butch Cassidy and his Hole-in-the-Wall Gang, (who hid in the many side-canyons and traded horses with the locals), are current reminders of this fascinating history.

The warm water and moderate rapids make this a great trip for learning the skills of paddling yourself through whitewater. Our trips are designed around small inflatable kayaks, paddled independently by one or two people. Novices as well as seasoned river runners will find enjoyment in paddling themselves down the Green.

Your guides were all incredibly professional, easygoing, knowledgeable, fun, tireless, and all went out of their way to make the trip more comfortable and fun for all of us, despite our constant forgetfulness and lack of preparedness!

The Green River through Desolation Canyon in one word:VAST
Difficulty levelCLASS III

The Green River – Desolation Canyon in one word:
Vast

In another word:
Getaway

Best known for:
Nothing (in a good way)

No other trip has:
So much space

Expect to:
Chill out

You can also:
Visit Arches and Canyonlands Hanna’s secret ambition is to be on Survivor; to weave her natural physical fitness and her supernatural interpersonal skills (and her self-admitted unnatural devious streak) into the next sole survivor…
read more

(Catherpes mexicanus) – We hear them more than we see them; their gently descending cascade of liquid notes echoing out from the shadowy recesses of overhanging rocks. They eat spiders, live in little moss and twig nests tucked into crevices and wait for us to come along so they can sing and make us smile. 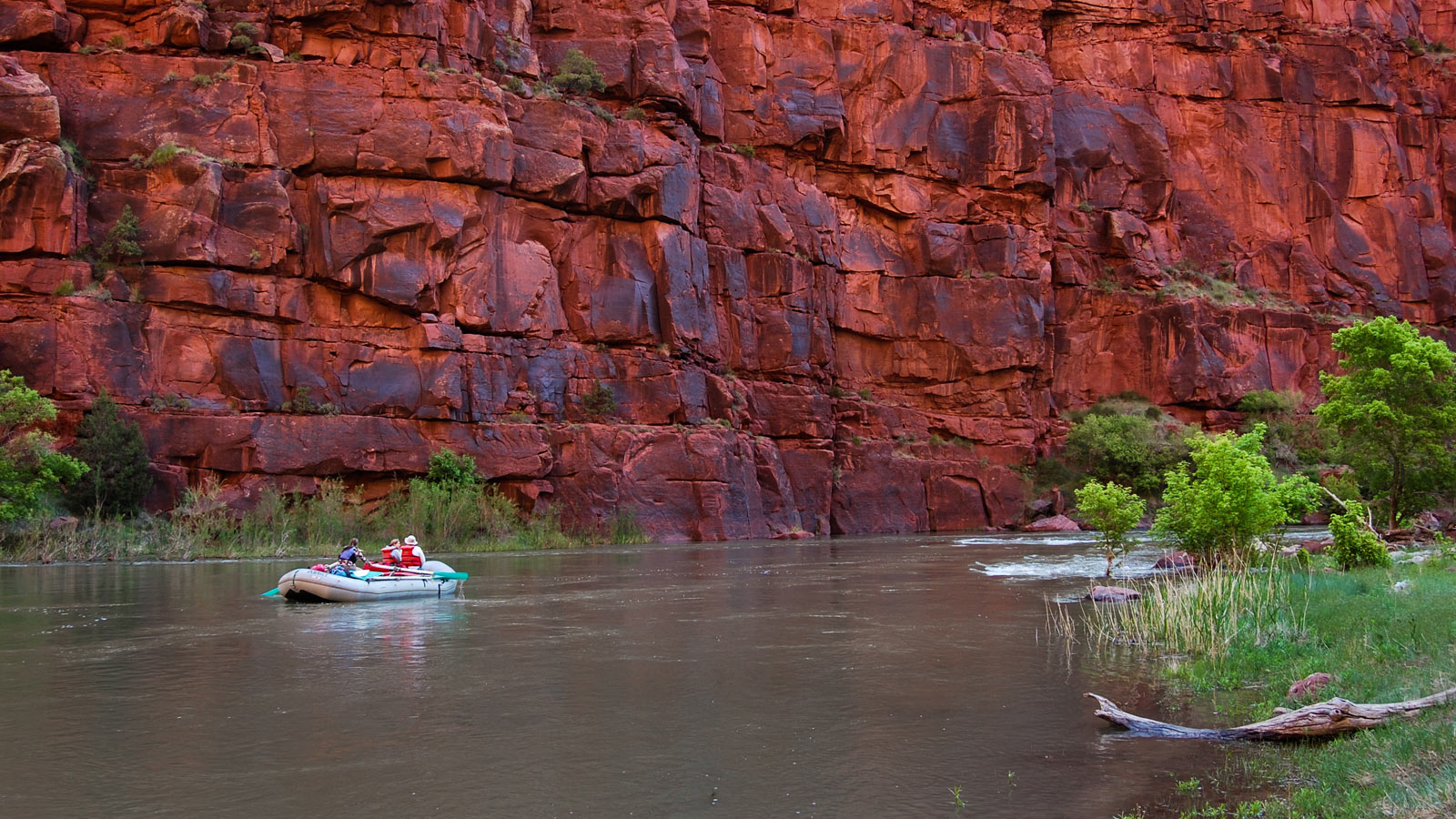